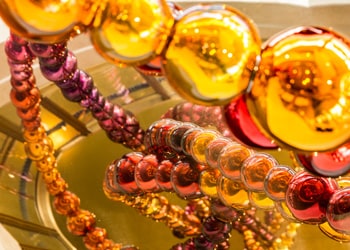 Bullion, which opened in mid-November, is probably the most-anticipated restaurant debut in Dallas this year. It’s the brainchild of a Michelin-starred French chef, and the centerpiece of an over-the-top renovation of a 30-year-old downtown office tower — have you seen the golden Star Trek shuttlecraft that crashed into the side of the building? So it makes big culinary and design statements. Dallas Morning Newsarchitecture critic Mark Lamster and special dining contributor Mark Vamos compare notes on their recent visit.