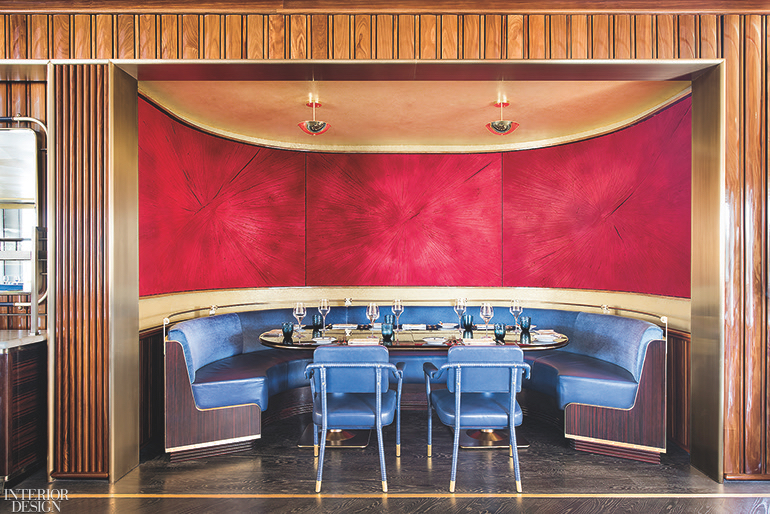 Can there ever be too much gold? Not for Martin Brudnizki, who got his start in London and today creates some of the world’s hottest hospitality venues. The Hartland-Mackie family brought him to Dallas, where Gensler was renovating the Hartland-Mackies’ office tower, 400 Record, to feature an elevated pod to house a restaurant. Named Bullion, it would be an haute French experience presided over by Michelin-starred chef Bruno Davaillon in his Dallas reboot. (He had been chef at the Rosewood Mansion on Turtle Creek.) Gensler’s pod enclosure gleamed positively golden, thanks to its fish-scale surface. Kismet.